July 27 2019
It was sunny today. I was excited. I got up at a quarter to seven.. After I had my breakfast, I went to the Wanjia Market . It was hot outside. When I arrived, my friendsdidn’t arrive. I waited for him in front of the KFC’s door. I haven’t seen them for a year. And in a year, we didn’t come into contact with others frequently. About ten minutes left, my friendsarrived one by one. After we greeted,we went to play basketball .Oh!I feel very happy today!
这是今天阳光明媚。我很兴奋。我在六时四十五分起床。之后，我有我的早餐，我去了万家市场。这是热外面。当我到达，我的朋友们并没有开。我等待着他前面的肯德基的大门。我还没有看到他们为一年。并在一年内，我们没有接触到其他人频繁。约10分钟离开，我的朋友们来到一个又一个。在我们迎接，我们去打篮球。.Oh ，我非常高兴今天！ 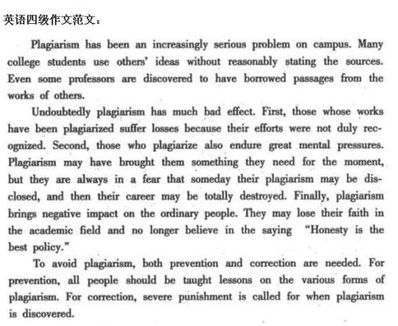 Thursday July 19, this is the first day of my summer holiday. Hurray, no school, no homework and no waking up early! I shall play a lot of computer games, but first I can stay in bed a bit longer in the morning to start with. How I love summer holidays.

Friday July 20, A nice hot day, and today is a very special day for our town. The Olympic Torch was passing us. But I had to wait until afternoon to see it. It was a long wait but well worth it. It was once in a lifetime experience.

Saturday July 21, after a wonderful day yesterday, today was not quite so good. It rained and rained and rained for a whole day! We couldn’t walk to do our shopping like we usually do on Saturdays and my parents had to take our car. What a typical English weather!

Sunday July22, the weather was back to normal, so were my mom and dad. They were back in action in our garden again. I went out to help feeding our fish in the pond as well, which I didn’t yesterday because of the non-stop rain. They must be very hungry. Sorry fish, I won’t do that again!

Monday July 23, I really started to enjoy this long holiday today, went out with a few of my schoolmates. We went to town and had McDonald’s for our lunch. We later went to the beach. It was so free and relax. Tuesday July 24, my grandparents came to visit. They love us very much, and spoil us rotten, particularly to my little sister. They bought us some new clothes this time. I didn’t like the fashion of them but I thanked them anyway. And they are going to stay with us for a few days.

Wednesday July 25, because my grandparents are here, I have to keep them company. We didn’t have breakfast at home this morning. Instead, we have to wait until noon, when they took us to the local Chinese Restaurant to have dim sum for lunch. That was delicious!
Thursday July 26, the rain is back, but this time we have our grandparents with us. So it wasn’t quite as boring. In a way, it was kind of rather noisy with my sister playing around them, demanding things like a baby!

Friday July 27, today is London Olympic 2012 Open Ceremony Day. Ever since I saw the Olympic Torch went pass our front door, I have been longing for this moment to come. But I am kind of disappointed, because it is kind of boring, and I didn’t seem to understand what the show was about?

Saturday July 28, the first day of competition in the Olympic Games. The main event was the men’s cycling road race. Team GB had a couple of gold medal hopefuls in the race, but they did terribly, not even finished in any of the higher placings, the good news was our old country China had won the very first gold medal of the games.

Sunday July 29, my grandparents were still here, we watch the Olympic Games together. They support China Of course, but there were plenty of other games on the TV, so we watched whatever was on. Dad was home because it’s Sunday and our whole family were watching together.

Monday July 30, Team GB was doing better today, and they had won a silver medal in the women’s cycling road race. The rest of the competition was in full swing, and China won more gold medals. They are now top of the medal table.

Tuesday July 31, my grandparents had been with us for over a week. They went home today. Both my sister and I will miss them until the next time they come to visit again. But my parents said to them that we shall go and visit them soon. So, won’t be long before we are going to see them again.

Wednesday August 1, Team GB had won the first gold medal of the games! The women’s pair won in the rowing race. People in the UK were very excited. The TV was on about it all day, re-showing again and again. And for our old country, China, they just won one thing after another, racing ahead in the medal table!

Thursday August 2, after yesterday’s success, Team GB follows up with more medals today. People in the UK were warming up towards these games, more and more are gluing themselves onto the TV screens. And the TV studio was showing how busy the Olympics Park was from time to time.

Friday August 3, today I stayed away from the TV during the day for the first time and went out with my school friends again. We went to the park’s playing field and played a game of football. We also planned to go to the beach tomorrow.

Saturday August 4, as planned my school friends and I met early in the morning and had our breakfast at the McDonald’s before we set off for the beach. It was not really a fine day but didn’t rain and no wind, so we enjoyed our day out reasonably well.

Sunday August 5, after a couple of days away from the Olympic Games. I had found Team GB is now doing very well. They had since won a few more gold medals and now overtook the South Koreans lying third in the medal table, the UK population is going mad about it!

Monday August 6, Team GB won more and more medals and many were gold ones. For that I am getting excited too. Also our old country, China were still well ahead of the Americans in the medal race, lying firmly on top of the table.

Tuesday August 7, Team GB’s performance had become a phenomenon. The TV and media were now at boiling point, so are the UK public. I have never seen such great interest that had been directed to any kind of sports like this before, not even in the Worldcup football!

Wednesday August 8, my sister was not well today. My mom took her to the doctor. The doctor said she had food poisoning. I don’t think there was anything with our food, because I had the same thing as her and had no problems. It was her eating thing without washing her hands, and like picking things up to eat with her hands!

Thursday August 9, my Grandparents was here again today when they heard that my sister was not well. But they didn’t stay this time. They went home after seeing she had already recovered, asking us to visit them soon.
Friday August 10, I went out with my schoolmates again today. But we had no plans, so just hang out in the playing field messing about. We all went home early but agreed to go fishing on Sunday. And everyone must bring their own food.

Saturday August 11, for the first time I didn’t go shopping with my parents on a Saturday. I stayed at home playing computer games, watching TV and saw Team GB won more gold medals. This time they even manage to beat our old country, China’s competitors both in women’s boxing and women’s Taekundo.

Sunday August 12, I went fishing with school friends as planned two days ago. None of us caught a thing. What a waste of time! I came home in time to watch the Olympic Games Closing Ceremony. Again, I didn’t even enjoy a bit!

Monday August 13, The Olympic Games had finished. We have to wait for 4 more years until the next one in Brazil. Team GB was doing un-expectedly well. But for our old country, China, after a brilliant start, they tailed off horribly, overtook by the Americans in the last three days, what a pity!

Sunday August 19, my parents took us to visit my Grandparents today before our summer holiday is over. They left us to stay for one week and my dad has to work, so that went home after lunch. My sister and I will be with my Grandparents for the week.

Monday August 27, my sister and I came home from my Grandparents yesterday. We had a good time with them. Once again they spoiled us rotten, taking us all over the place and cooked us so much yummy meals. I think I had put on a bit of weight!

Tuesday August 28, we don’t know why, my dad and I thought today is the Open Ceremony of the Paralympics. After our evening meal, we sat in front of our TV and were waiting for it to come on. But had got the wrong date. It is going to be tomorrow!

Wednesday August 29, so this time it was right, the Open Ceremony really did take place. I watch most of it. Same again, it wasn’t what I would have expected, but it was OK, better than the last one a bit. So tomorrow I shall have more Olympics’ actions to watch again! 本回答被提问者和网友采纳